Your cart is currently empty.
Go to the shop

Palanda Brownlow is a writer, attorney, and self-proclaimed HamilHead. Her greatest wish in life (aside from growing this community to the tens of millions, of course) is to become besties with every single member of Hamilton’s original cast. Oh, and to achieve world peace….Oh, and also, to have ALL of her student loans immediately forgiven.

I consider myself a seasoned traveler. I’ve visited nearly 30 countries over the years—some more than 20 times. However, most of my travel is for work, which means my experience is often extremely limited. In Tokyo, for instance, it wasn’t until my third trip there that I had time to do anything more than sleep, shower and prepare for the next meeting or lecture.

Whenever I can, though, I try to build in at least one day to wander off and see what I can find.

In Peru, it meant a day trip to Machu Picchu, trekking the mountain ruins with some central bank nerds (it’s ok, they know what they are). In Cambodia, it meant a one-day layover in Siem Riep, exploring the marvels of Angkor Wat and four other Angkor temples before heading to Egypt. In Jordan, it meant taking a hot and hungover ride with some nuclear policy nerds from Amman to Petra to explore the ancient desert civilization.

Out of all of my travels, one of my favorite countries to visit is Mongolia and I try to build in a few days each time to see something new.

If you ever get the chance to visit Mongolia, I highly recommend building in a few days to a week, depending on what you want to do. Here a few of the places you’ll want to check out while exploring this incredible country.

Immerse Yourself in the Captivating History of Ulaanbaatar

Ulaabaatar offers a unique mix of Mongolian, Buddhist, and Soviet culture. There’s also pretty heavy Chinese, Korean and Japanese influences in the city as well, given varying levels of investment and migration there over the years. You can see the main sights in the city in a day or two, although I would highly recommend booking a free Ulaanbaatar tour to maximize your time. These can be walking or biking tours and can be tailored to your time and interests. Some sites you’ll want to include are:

National History Museum: This museum features an impressive collection of artifacts and replicas that walks you through centuries of the Mongolian nation. The country has such an incredible history—once a nation of roughly a million people who conquered lands throughout Asia, Persia and Eastern Europe on horseback with bows and arrows. The Mongols invented warfare strategies and tactics that enabled small calvary units to defeat armies several times their size. To this day, most of Eurasia still has some degree of Mongolian blood.

Sukhbaatar Square: This plaza in front of the Government Palace, is named after the revolutionary hero Damdin Sukhbaatar. Known as the “Father of Mongolia’s Revolution,” he was the founding member of the Mongolian People’s Party and leader of the Mongolia partisan army during the Outer Mongolian Revolution in 1921. I’ve been told this square holds a Guinness world record as the largest marble square in the world, but I couldn’t verify that online (and admittedly didn’t try too hard).

Potential world records aside, there are often festivals and events held in the square. If nothing special is going on, the square is filled with little mini remote-control cars for the kids to have some fun in the sun. 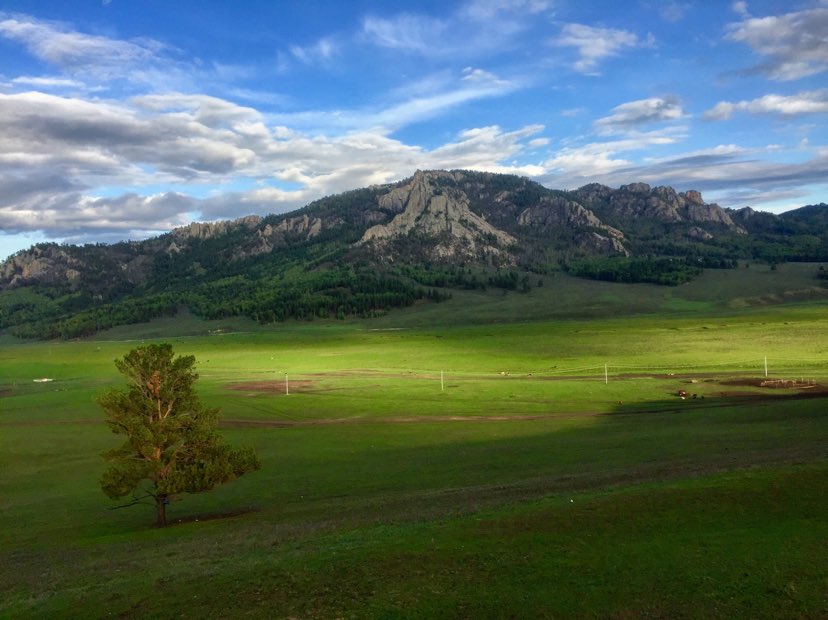 Travel Tip: Be weather conscious. Mongolia is a high elevation country with a cold and dry climate. The capital city, Ulaanbaatar (Ulan Bator) has the distinction of being the coldest capital in the world. Winter temperatures hover around -25 Celsius. Add in wind chill and well… it’s cold!

The summer, though, is short. Days can get hot—around 26-30 Celsius—and the air is very dry. But night temperatures can drop pretty drastically, especially in the countryside. It can also be hard to find jackets and sweaters to purchase in the summer months despite the chilly night air, so be sure to pack accordingly.

Beatles Square: In this small plaza, there is a monument featuring the fab four on one side and a sculpture of a young man sitting in a stairwell strumming a guitar on the other side. This sculpture is a throwback to the 1970s, when young Mongolian activists would gather in stairwells and sing Beatles songs, which they learned from contraband records smuggled from Eastern Europe.

State Department Store: This large department store sits in central UB. It was founded in 1921, formerly as a government-run institution. These days though, it is anything but. Inside are modern cosmetics and clothing brands, fur shops, a supermarket, a currency exchange station, food court and coffee shops. On the very top floor, there’s a large souvenir shop as well, featuring many traditional Mongolian crafts, clothing and fur, accessories, paintings and other fun souvenir items.

Buddhist Temples and Monasteries: About half the population in Mongolia is Buddhist, with the roots of Mongolian Buddhism dating back to the Yuan dynasty (1271-1368). Gandantegchinlen Monastery, Choijin Lama Temple, Temple of Maggid-Janraiseg, Batuvlin Monastery, Dashoylin Monastery are just a sampling of the amazing complexes around the city that reflect the rich culture and architecture. Just remember to step into buildings with your right foot, be respectful of these sacred spaces, and be prepared to make small donations (in tugrik) to take photos of these stunning buildings. 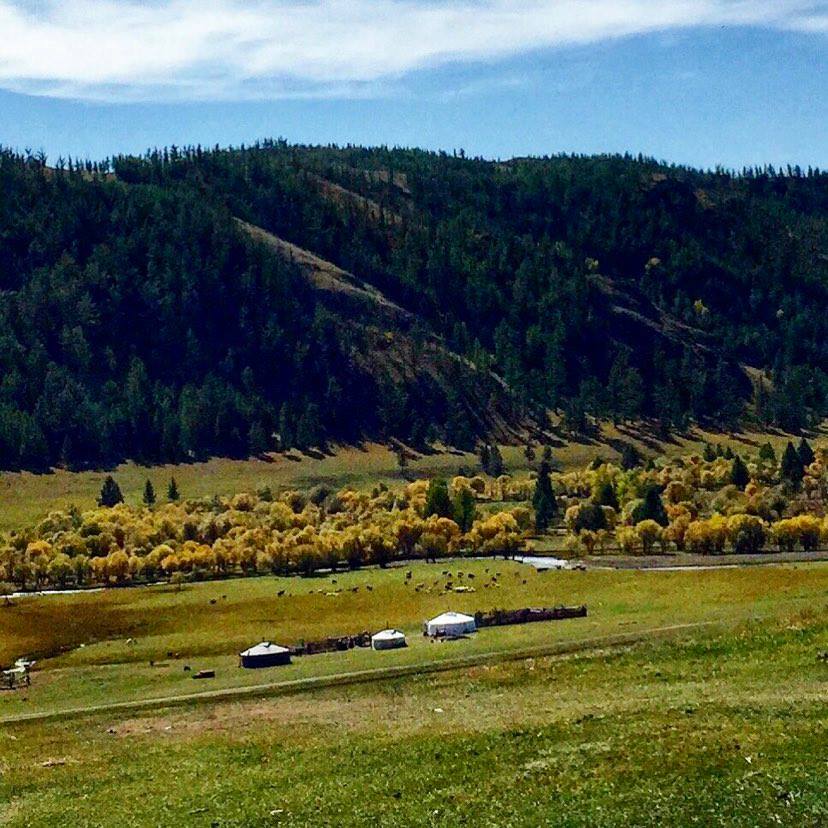 If you’re looking for a travel company in Mongolia, I’d recommend Discover Mongolia. They have a number of set tours you can join. They even provide an option where you can design your own private tour. Very easy to work with and attentive to detail.

Check back for Part Two where Jenny shares more tips and excellent sites to check out while adventuring across Mongolia.

April is Financial Literacy Month, an excellent excuse and opportunity to re-examine your relationship with money. It’s also the perfect chance to begin developing a healthier mindset when it comes to your finances. That starts with educating yourself and equipping yourself with the tools and resources that you need to attract and maintain wealth and abundance in your House of Finances.

Finding the Magic in Your Life

When I was five, I was obsessed with Inspector Gadget.

Letter From The Editor…

New Year, New Beginnings. This is what January usually represents. A time of rebirth and renewal. A time to redefine who we are and what we stand for. A time to plan for the future. Set goals, make timelines, and start anew.

Very recently, I hit a wall. Not a literal wall, but rather the kind of wall that made me not want to get out of bed and deal with all of the things going on in my life at the time. It was tough realizing that I felt that way. And I felt even worse when I realized I had no idea how to stop feeling that way. So, I turned to the one thing that always, always, ALWAYS helps me deal with difficult feelings and circumstances – my faith. Which is why I am so happy to share the following piece authored by AmPopsy contributor, Deidra George. A piece that helps all of us make room for faith and its close cousin, hope, in our lives. I’m sure that all of us are struggling with something right now, whether that be job-related stress, anxiety around money matters, or just all of the feelings that come with the one-year anniversary of our Covid-imposed quarantine. I hope that Deidra’s words will offer you a bit of comfort, hope, and light with whatever stressors life is throwing your way right now. Faith performs as a spiritual currency regardless of one’s religious beliefs.,...